How to Visit Prague in Two Days 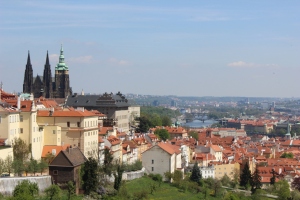 Of all the cities we’ll be living in, Prague is the locale we will be spending the least amount of time in — only about a month total.

Now that it’s over, I have to say it was a month pretty well spent. We got lost in windy, cobblestone streets, glimpsed into the country’s communist past, embraced the Czech way of life (spoiler: this involved some beer), and scaled leafy hills and old towers in search of the perfect view of a city that looks plucked from a fairy tale.

If you only have 48 hours to spend in the City of a Thousand Spires, here’s how I’d suggest you spend it:

(Big thanks to Mom, for her help creating this itinerary!) 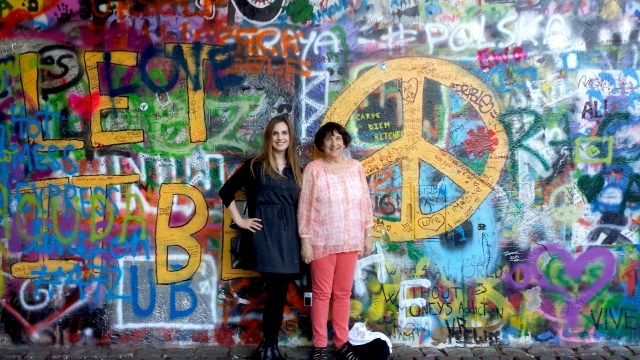 John Lennon Wall with my favorite child of the 60’s, and ultimate Beatles fan: Mom! After John Lennon’s murder in 1980, he became a pacifist hero to young Czechs who painted his picture and sprayed some political graffiti onto a Prague wall. Despite repeated white-washings, the secret police could never keep it paint-free for long and the wall became a center for free expression.

View from atop Letná Hill, from which one of the world’s largest Stalin statues used to loom. The monument depicted Stalin standing in front of crew of workers, which the Czechs derisively (and hilariously) called the “Queue for Meat”. It didn’t last long though — they dynamited it out of existence in the 60’s, shattering windows across the city.

Walking across the Charles Bridge with our friends Jeff and Megan. Super touristy, but a must for any visit.

The Vinohrady neighborhood’s Jiřího z Poděbrad Square, less than a block from where we lived. 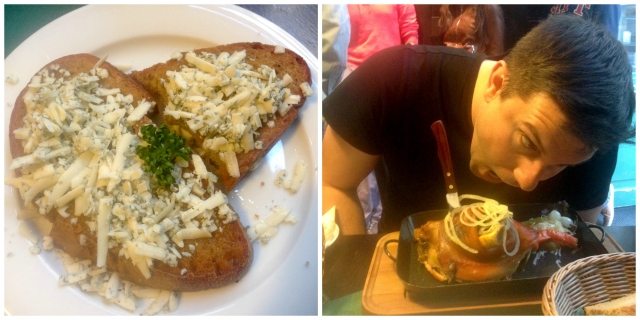 Fried bread with cheese and John’s beloved pork knuckle at U Parlamentu.

Monks have been brewing beer at the Strahov Monastery for more than 600 years! 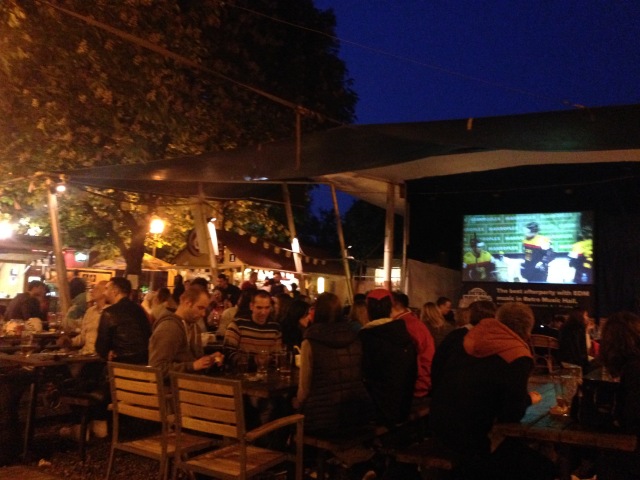 The massive Riegrovy Sady Beer Garden has a lot of local flavor, and a giant screen to air the big games.

View of the Charles Bridge and St. Vitus Cathedral, from the Smetana embankment.

What else? We’d love to hear your recommendations too!

← In Communist Czechoslovakia, Blog Post You!
Byzantine Istanbul V: Church of the Holy Savior in Chora →