Bratislava: The Stereotypes Aren’t True! (Well, Some of Them Aren’t.)

Bratislava is the capital of Slovakia, one of those mysterious eastern European countries that we typically associate with vaguely Russian accents, lots of potatoes, and that charming style of Soviet architecture that I like to call “cell block chic.”

Normally I shy away from stereotypes, but aside from its existence, I have to admit that I knew very little about Bratislava (and to be fair, Slovakia itself), so I didn’t have much to go on but the stereotypes. But I’m usually very pleasantly surprised by the reality of places that most people won’t and wouldn’t ever visit, so a trip from Prague down to Bratislava sounded like a pretty good weekend to me. This was also when Jeff and Megan were visiting us, so we had some good company too. 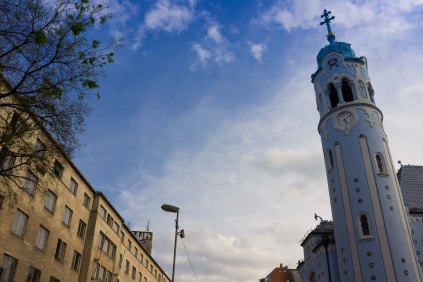 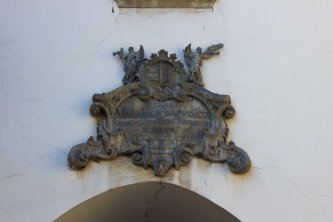 She also made it very clear that the movie was actually filmed in Český Krumlov. In the Czech Republic!

Okay then. On to “Euro Trip,” a movie I actually have seen. This clip is pretty iconic as far as Bratislava goes. It touches on all the good stereotypes and tangible results of Communism: cell block chic, culture stuck in the past, a lack of development, and a sense of being a world away:

Okay, this part isn’t terribly true. Does this picture look like that Bratislava? 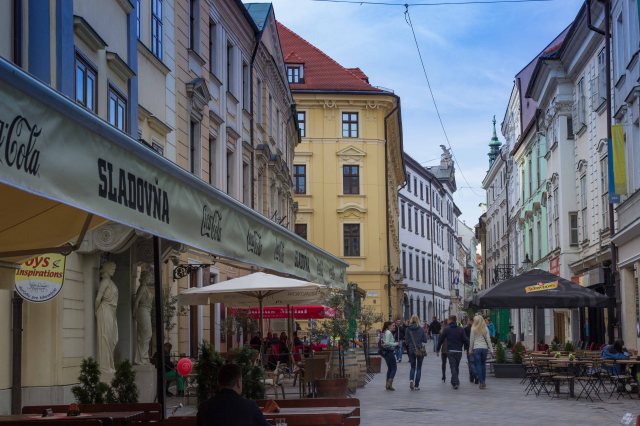 Then again, I have to say that Communism did blight most of the eastern bloc cities with districts that still look somewhat like that clip today. Outside the beautiful old towns, there are usually rings of depressing, uniform, gray concrete cells where the Communist apparatchiks kept the state-slaves they pretended to care about. In Budapest, it’s so prominent it has a name: the gray belt.

Thankfully, we didn’t spend much time there when we were in Bratislava. Would you? When the old town looks like this? 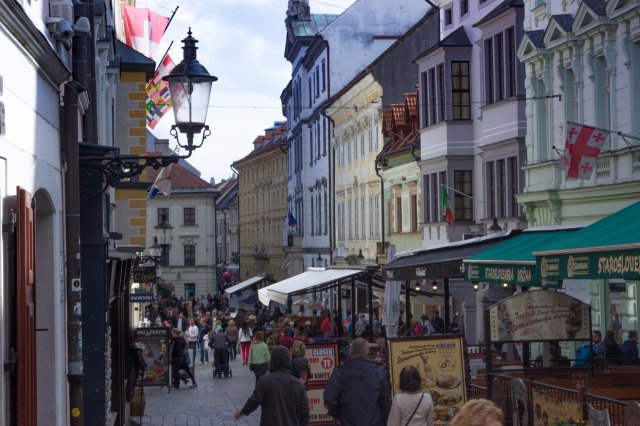 So “Hostel” is actually a Czech horror, and “Euro Trip” isn’t exactly accurate. So what do we really know? Try this next clip from “Euro Trip”:

Now that’s more like it. Turns out, Slovakia is a land of plenty, assuming you have a bit of money. For less than half the cost of a meal in the U.S., you can get a plate heaped with more carbs than Kate Moss has ever eaten. I always finish my food or I feel guilty. It’s a bit of a compulsion for me. In Bratislava I couldn’t even get halfway through a $15 meal.

Thankfully, we had these sights to look forward to when we tried to walk it off. 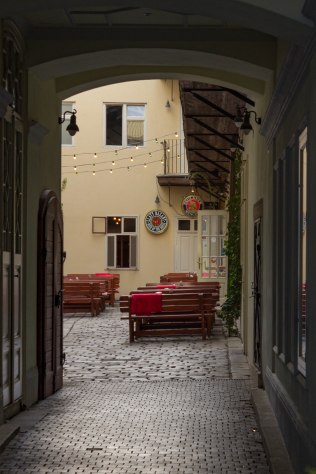 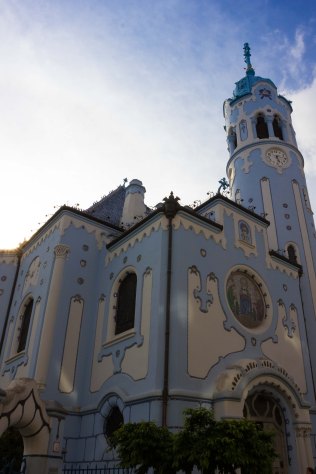