There are always some interesting quirks in neighborhood names in any big city. I’m partial to L.A.’s “Miracle Mile,” and Minneapolis’s “Dinkytown” is always fun to say. Chicago has a neighborhood called “Back of the Yards,” which one assumes was, at one point, behind either rail yards or stockyards or both. These names always have an interesting story, but like Chicago’s stockyards, there’s not much left of it these days.

One neighborhood name I’d like to know the story behind is Prague’s Malá Strana, or “Lesser Town,” because for the life of me I can’t tell just exactly what’s “lesser” about it. Just like Back of the Yards, I’m not sure there’s anything left in the modern-day town that would tell that story.

Whatever the lore behind the name, Malá Strana is certainly a pretty place to visit, and if you’re touring Prague, you won’t want to miss it. Not that you would, as it’s situated on the left bank of the Vltava, and if you’re crossing the Charles Bridge from Prague’s Old Town, you’ll run right into it.

It’s nestled just below Prague Castle, and during the middle ages, it was the center of Prague’s German population, as opposed to the more Bohemian right bank (and I do mean literally Bohemian). 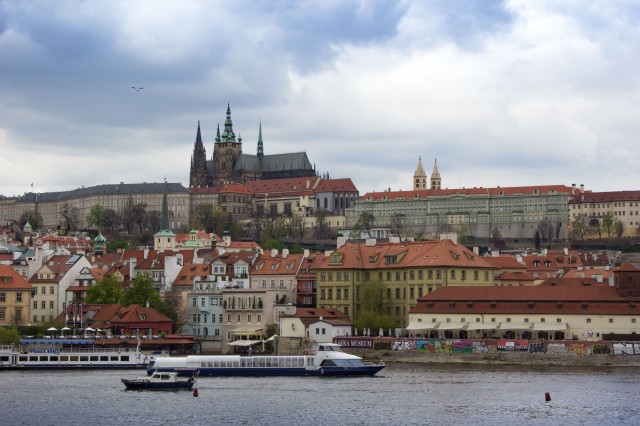 With a history that stretches back to the Přemyslids of Bohemia, you’d expect a wide variety of stately architecture, and the Lesser Town delivers. Much of the earliest settlement was burned during the Hussite wars, but what replaced it is an attractive mix of Baroque and Renaissance, and it includes many palaces built by both the Bohemian and German aristocracy.

You’ll see the Wallenstein Palace here, built in the 17th century by a Bohemian duke and currently housing the Czech senate. Similarly, most of the embassies in Prague are situated here among and often within the historical edifices.

You can also see the Lobkowicz Palace, famously used as the Embassy of West Germany (and even now the Embassy of unified Germany) and as the site of masses of refugees from East Germany in 1989. A statue of a Trabant in the embassy garden commemorates Prague’s place in the refugee crisis that only ended with the fall of the Berlin Wall and breaking of the Iron Curtain. 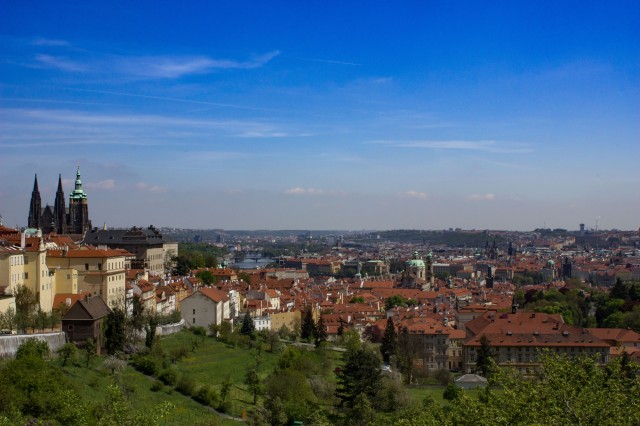 View down to Mala Strana

When you’re here, you won’t want to miss the views from castle hill or from the tower atop Petřin Hill, nor should you skip the admittedly taxing walk up the dome next to St. Nicholas Church (there are two Ss. Nicholas nearby, so make sure you’re on the correct side of the river). 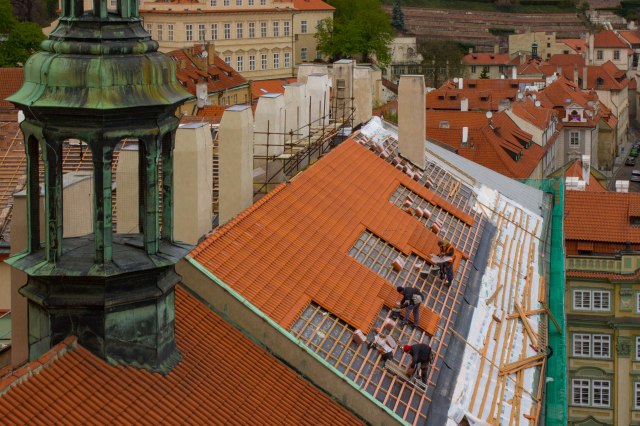 Malá Strana is also home to the Discalced Carmelite Church of Our Lady Victorious, home of the famed Infant of Prague, which (unfounded) legends says once belonged to St. Teresa of Avila. Regardless of who may have owned it, it probably did come from Spain during the reign of the Hapsburgs, and since then it has been the object of devotion and pilgrimage. Famously, the statue has different clothing for different occasions. I have a sneaking suspicion that at this point that the rituals surrounding the Infant of Prague are largely an excuse for nuns to play with dolls. 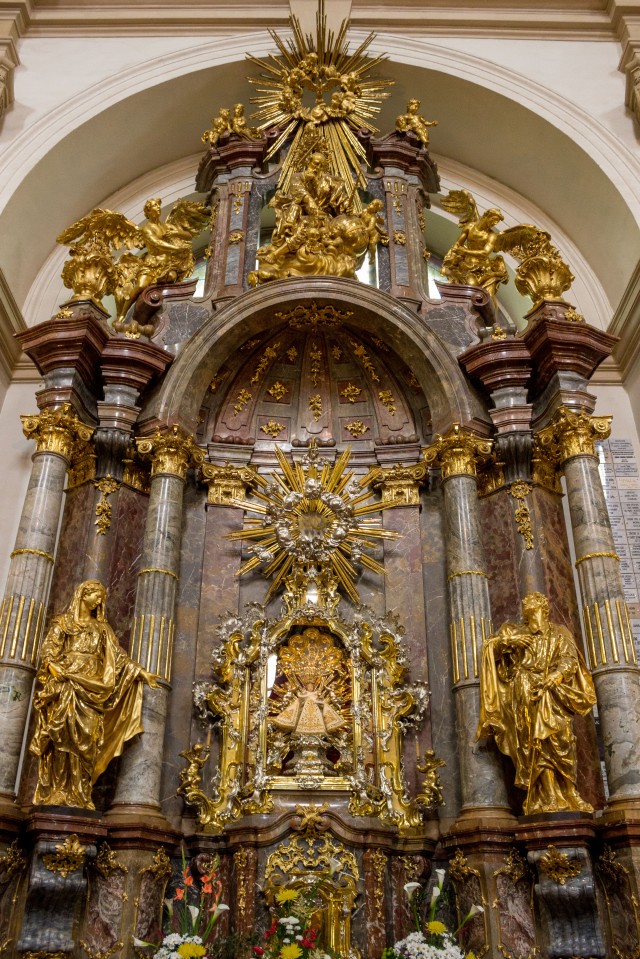 If any reader out there has any idea where the name “Lesser Town” came from, I’d love to hear it, so drop me a line.