Michelle and I are still alive, despite not posting for quite a long time. We had a four-month-or-so interlude in the United States at the end of 2016, but come the new year and we were at it again. We began our 2017 travels with a base in Panama, going also to Costa Rica, Guatemala, and Colombia.

After Colombia, we decided we would head to big, beautiful Mexico City, and what a revelation. We’ve been here for a bit more than a month, and it is an amazing place to live. It’s shocking how different the typical perception of Mexico City is from the reality.

Anyway, we’re back. I’m hoping to post more stuff, and I think it’ll be mostly pictures, because that’s probably what you’re here for anyway, isn’t it? Besides, it’s way easier to write.

To start off with, I’ll post a few pictures of a random weekend we spent exploring the historic downtown center. I wanted to check out a church called Nuestra Señora de Loreto, which is quite obviously sinking (like much of the city after Lake Texcoco was drained) and stands clearly askew in front of a small plaza. We were having a nice time walking the crowded, hectic streets, when suddenly, lucha! 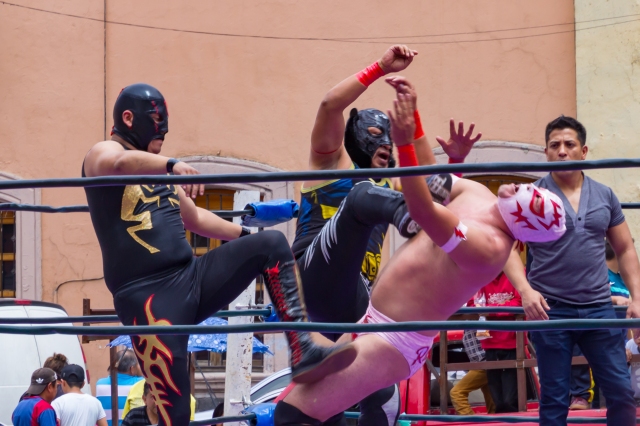 For those of you who are unaware, lucha libre is Mexican wrestling, with big personalities, crazy masks, lots of playing to the crowd, and if you’re lucky some pretty cool acrobatics. 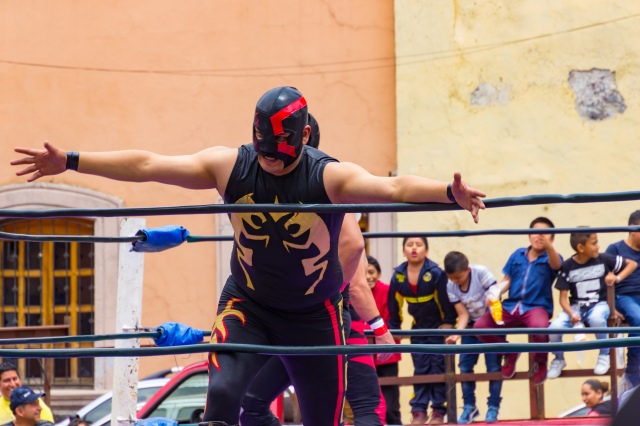 The kids love it. This really big kid thinks it’s pretty cool too.

It’s all staged, naturally, and some of the fake fighting devolves to the ridiculous, like when the “punches” are fairly obvious slaps. But let’s not stand on ceremony here. It’s ridiculous fun.

I have no idea what the occasion for this match was, but it was set up on the plaza outside Nuestra Señora de Loreto. There were two “teams” of three wrestlers, the heels (in black, obviously), and the heroes in pink, yellow, and …well, let’s let the pictures do the talking. 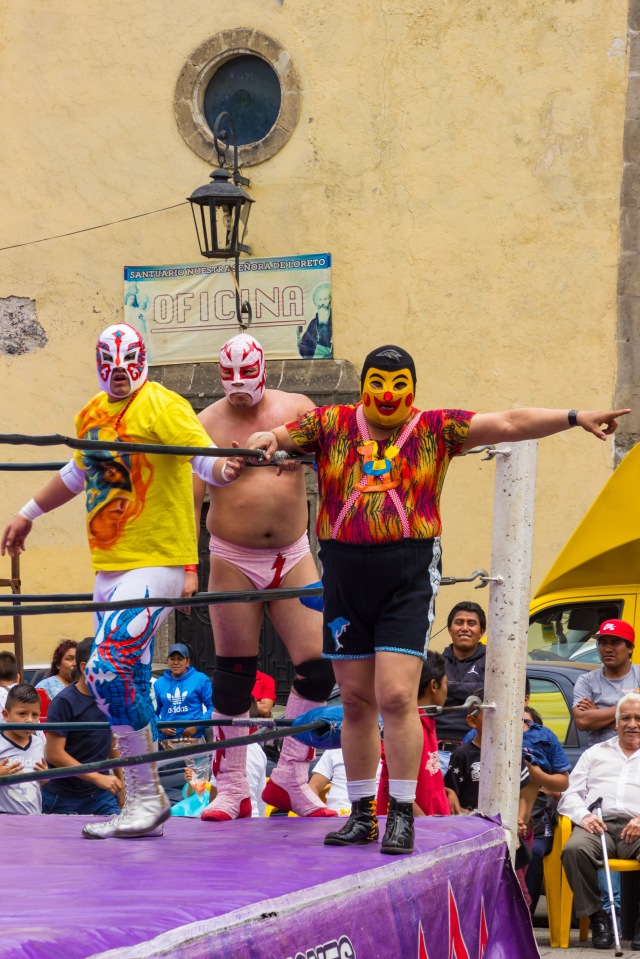 Yep. That clown there on the right is Pinocchio, or “Pinocho” as the crowd called him. He and his friends are clearly in tip-top shape. 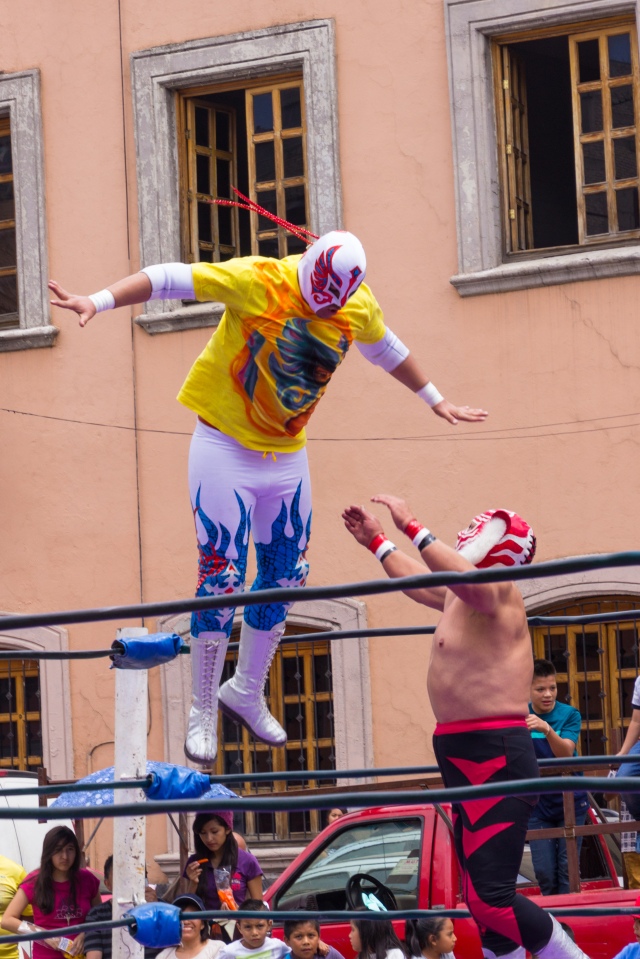 It was really fun seeing a bunch of fat dudes jumping off the turnbuckles onto each other. We’ve since gone to the Viernes Espectacular show at Arena Mexico, where the guys look more like WWE personalities than like your weird uncle, but maybe we should take heart from this, knowing that pretty much anyone can be a wrestler. 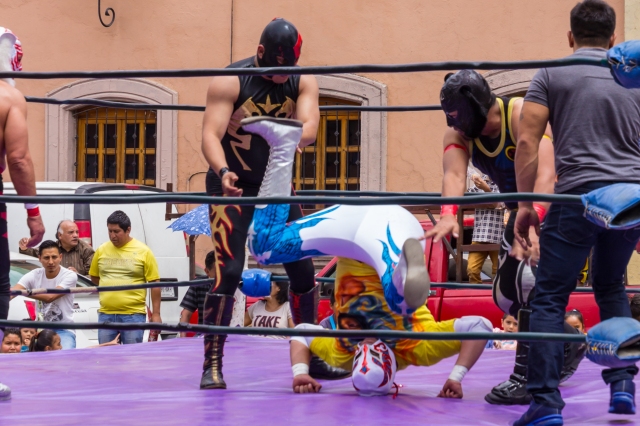 The good guys were totally winning… 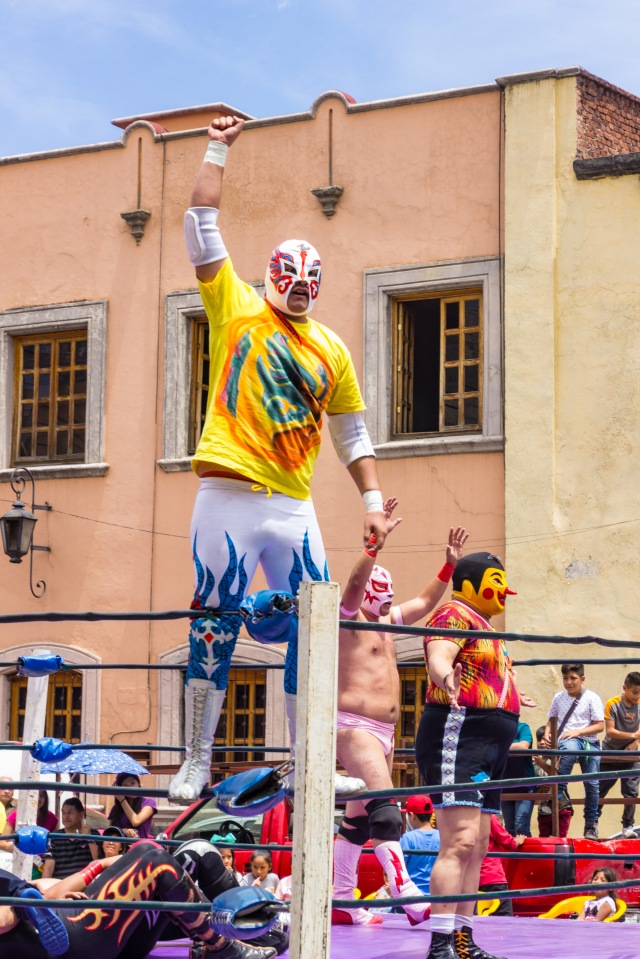 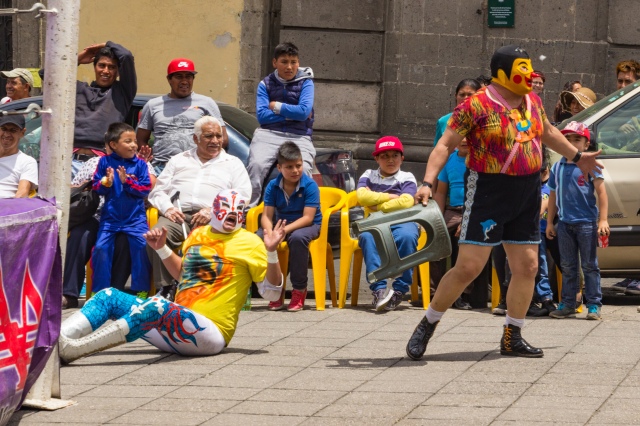 Pinocho turned heel! He hit his buddy in the back with a stool! 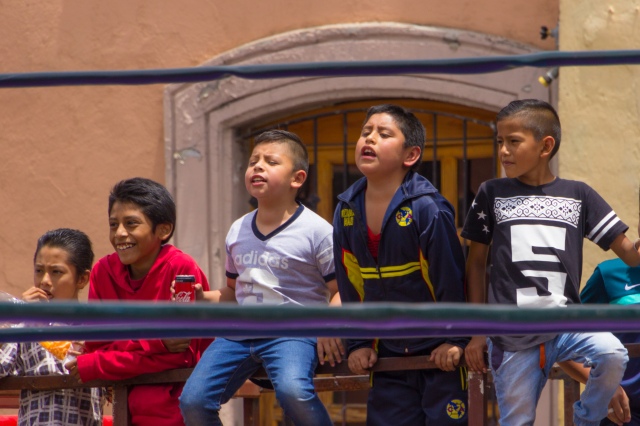 The kids express their dis/approval. 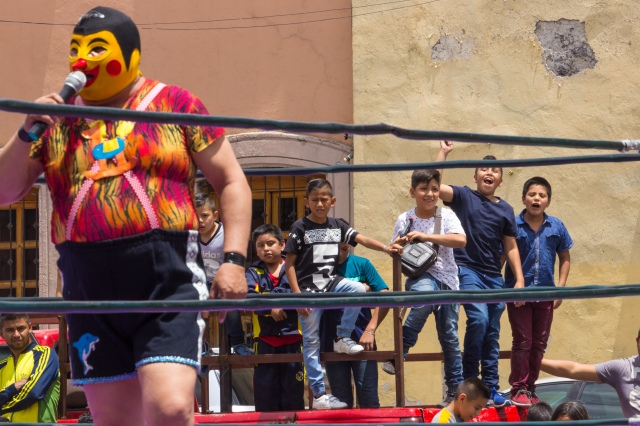 Look at that manly physique! No wonder the other wrestlers tremble before Pinocho!

I think I’d have called myself crazy if I had told myself three years ago I’d be living in Mexico City and stumbling on surprise lucha libre. All part of the magic, I guess.

Oh, and in case you were curious, here’s the church in all of its sideways glory. 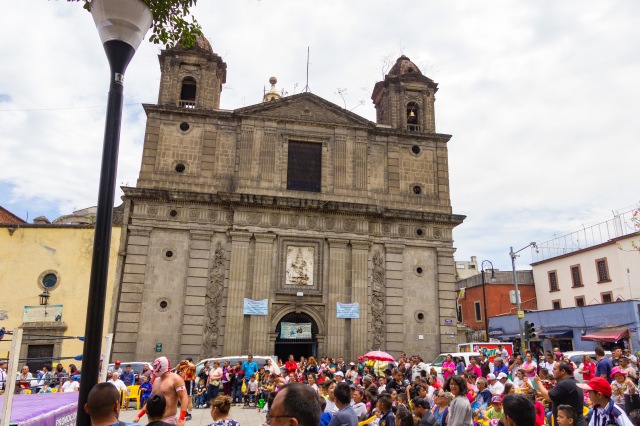 ← A pub crawl that led us to the top of a Bulgarian mountain
Taking a Walk Around Casco Viejo, Panama City →